The development of a completely new brand identity for a solar company.

ACS is a alternative energy company based in Lancaster, California. Founded in 1983, ACS has been providing its customers with a wide variety of solar solutions for over 35 years, ranging from solar installations and various eco-friendly alternatives.

Being in the alternative energy industry for over 35 years, ACS have. traditionally relied on traditional sales and marketing methods in order to build their business. However with the growing influence of the Internet, there was a need to reinvigorate their digital identity to build the foundation for a new digital age. 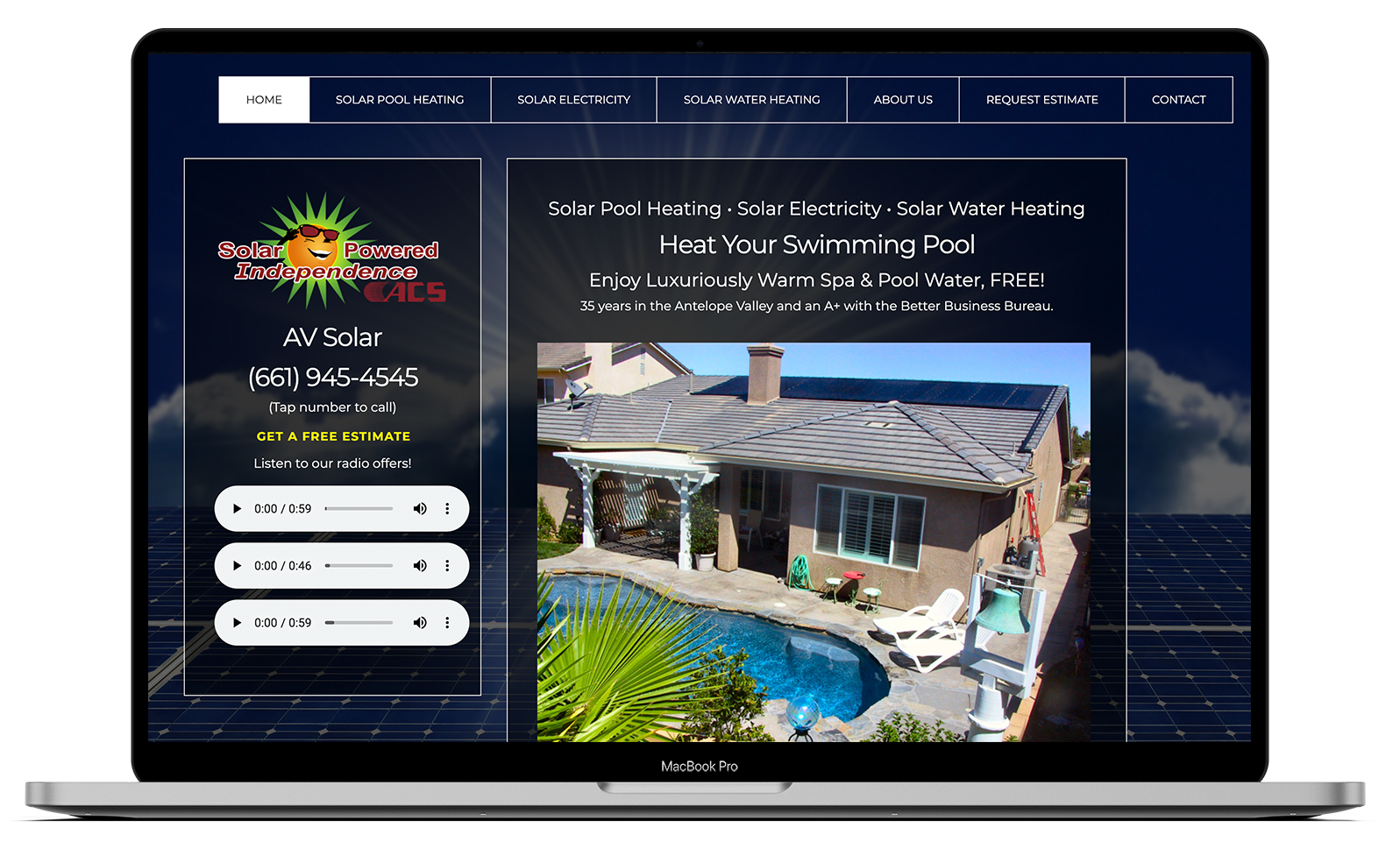 The existing visual identity for ACS was extremely out of sync with the current industry trends and standards, which would've resulted in a disconnect between future prospective customers and leads. An energy company is meant to work with cutting edge technology and be the forefront of innovation., and their visual identity should relfect as such.

The first place to start in order to effectively build the visual identity that worked best for this company was to get a better understanding of other companies within the energy industry. Brands like Tesla were a good starting place however it was clear that this visual identity was more complex than just copy and pasting existing identities.

The key aspect I wanted to focus on was the foundations that ACS had built.
Being a prominent member in the California solar industry for over 35 years made them on the oldest companies to work with solar and alternative energy solutions, so it was important that the visual identity that the new identity was developed to be a timeless visualization of ACS' extensive experience.

The logo for ACS was always going to be the face of the company and so it made sense to develop that asset first. There were a wide variety of different iterations ranging from, image based, text based, etc. 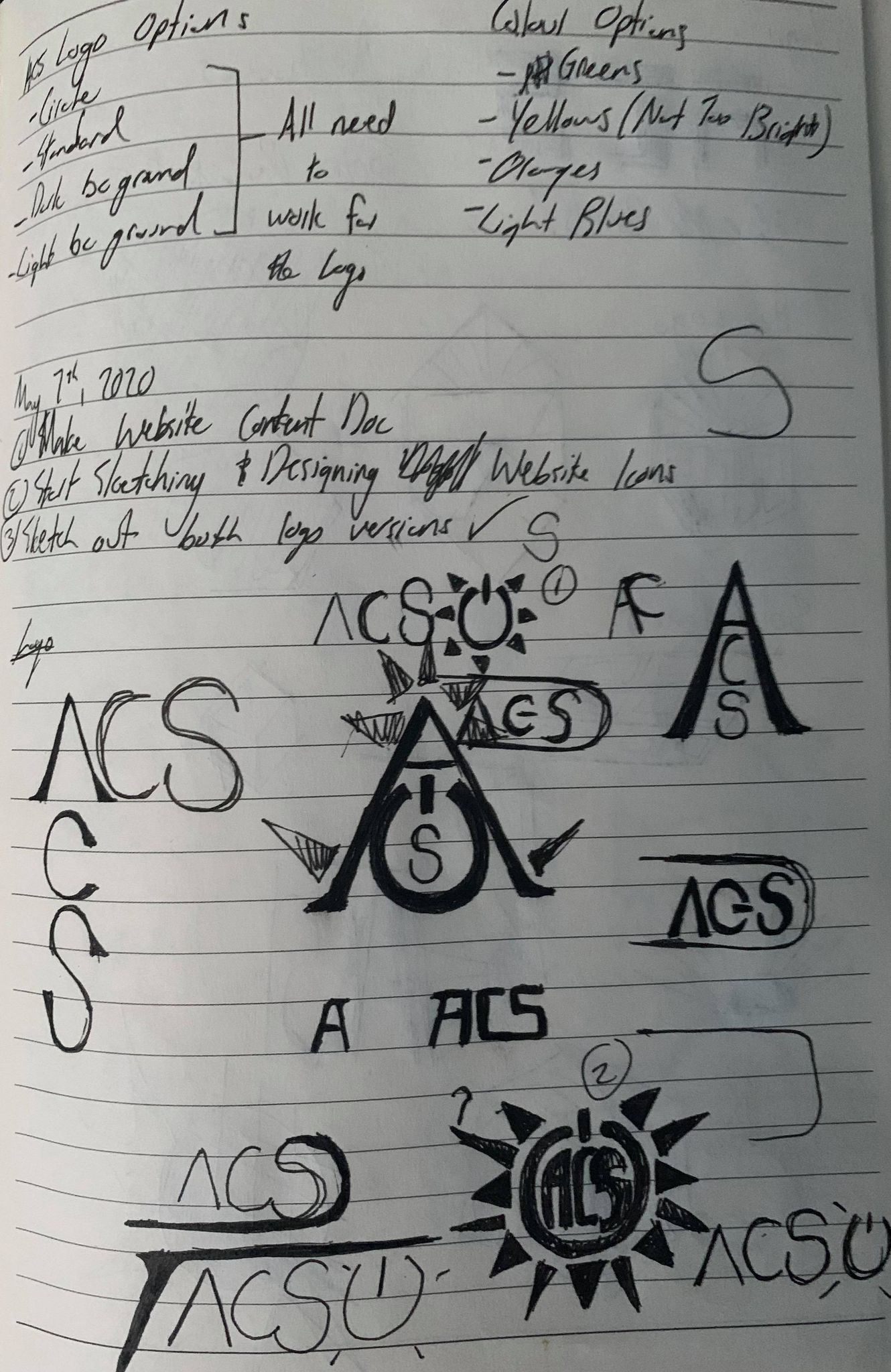 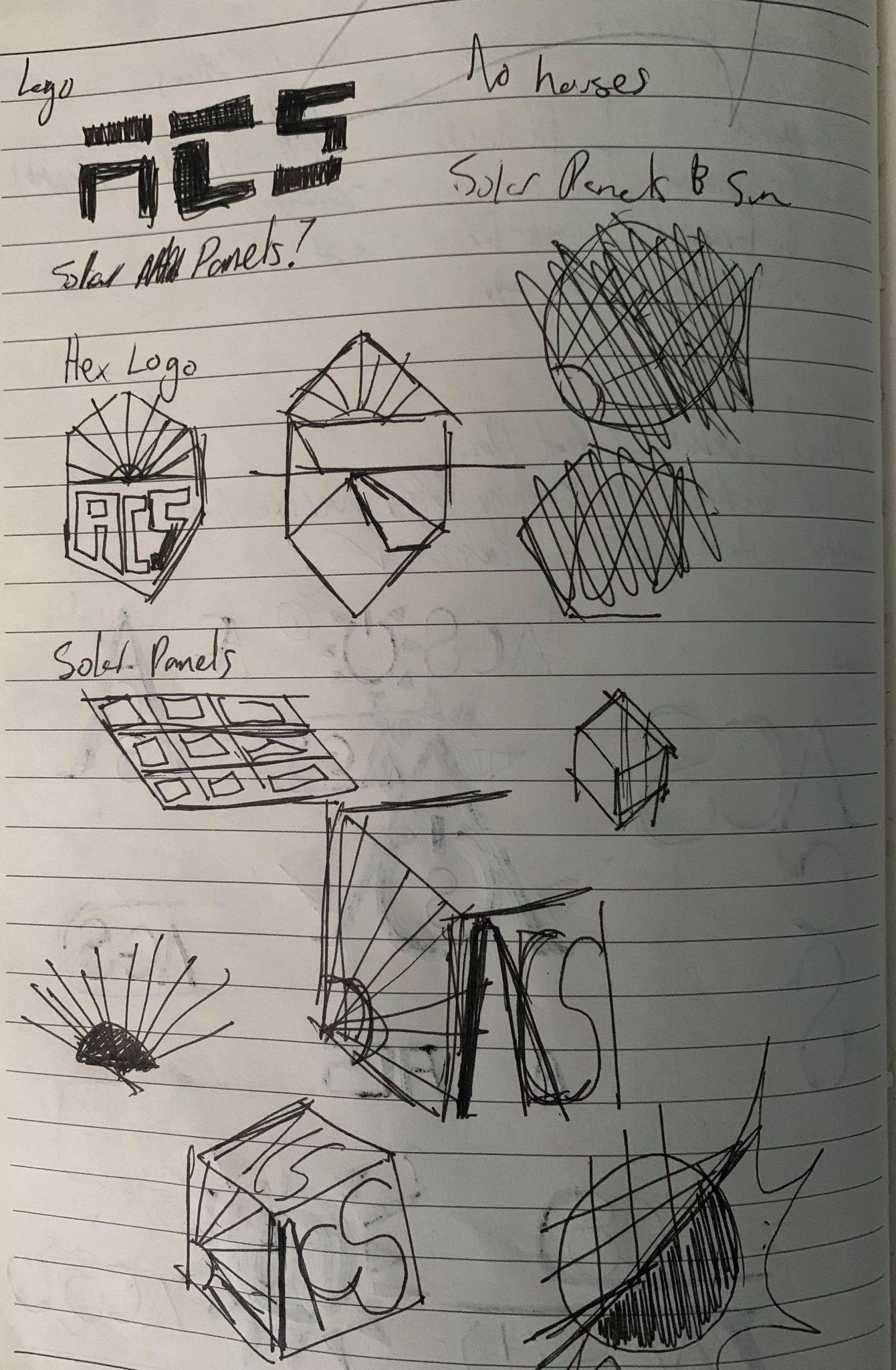 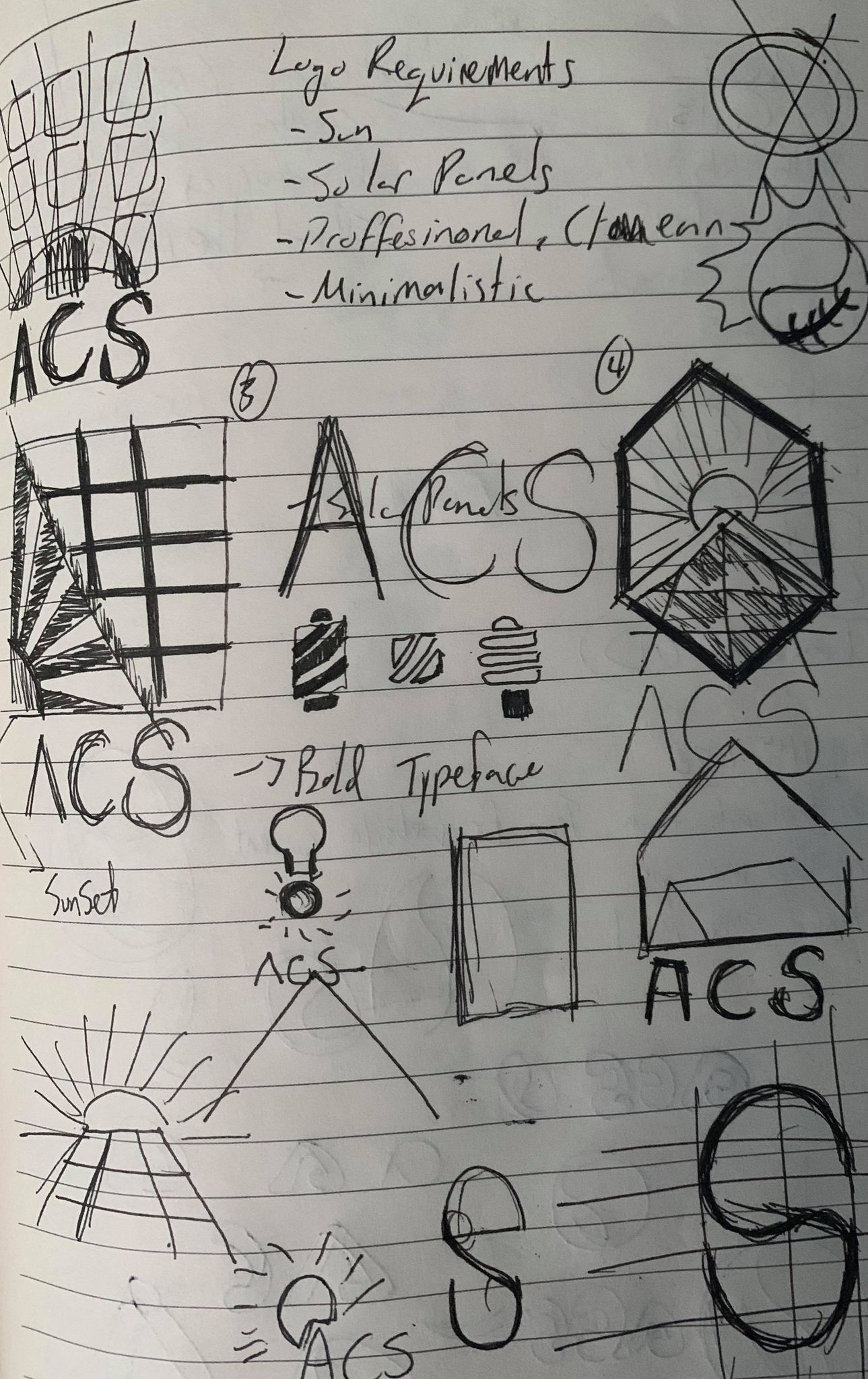 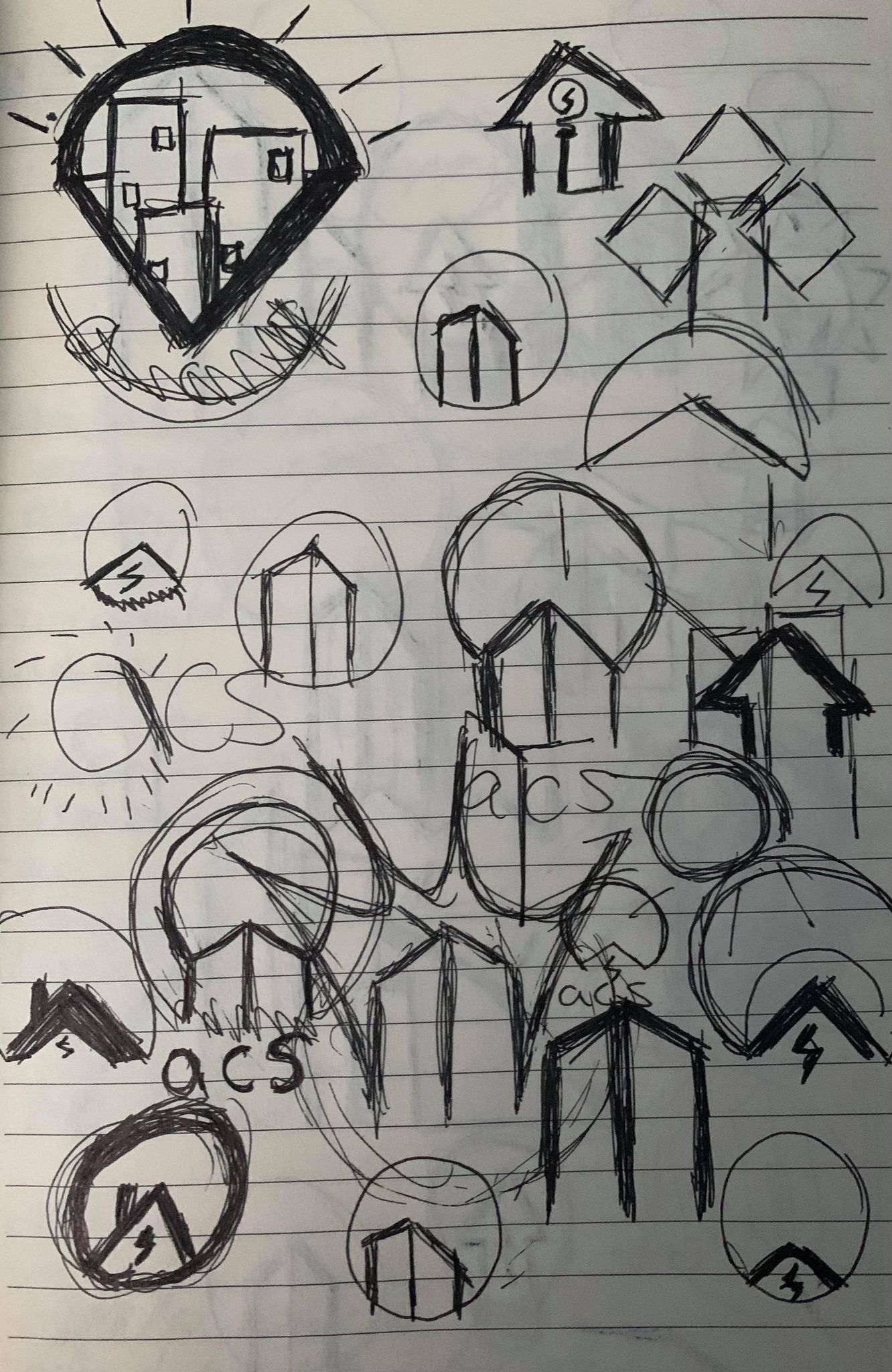 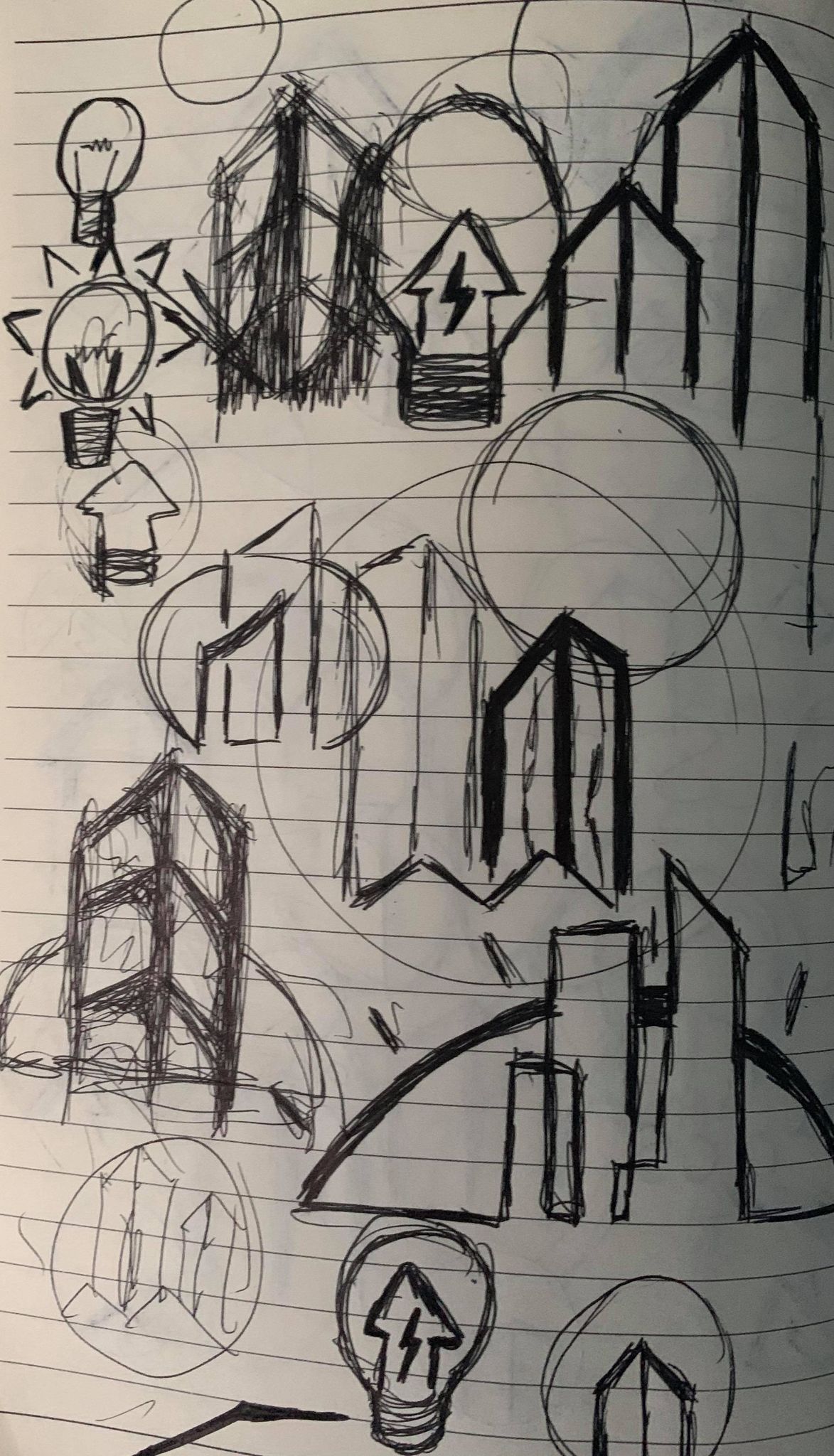 The first iteration of my logo designs were designed with the aim of creating simplistic variants of the ACS logo based on the commercial and home solutions that are offered. Additionally, I. wanted to incorporate the solar aspect into most solutions , and there was considerable experimentation involved. The primary takeaway was understanding that isolating a design focused on home/ commercial solutions might alienate the other; so designing a logo that can work for both might be more effective.

After reviewing the first iteration, the second iteration as much more focused on defining the logo on the services that ACS offered. Primarily being a solar power company, I chose to focus on that service as the primary visual for this iteration.

The final iteration took the improvements made in the second iteration and worked to clean it up and make it more presentable. The second iteration worked well to create an image that fit the services that ACS aimed to provide while also ensuring a clean presentable image for the new visual invigoration. The final logo was a collection of three sub-designs; a power icon, sun and lightbulb, with each icon building out the foundations of ACS: the power icon representing the alternative energy solutions to California; the solar industry(sun) which they have been a mainstay in for over 35 years, and the lightbulb to signify their journey to provide power solutions for residential & commercial clients.

The secondary aspect of this project was to develop the rest of the visual identity in accordance to the direction ACS wanted to take their company in. Establishing a visual that worked with the new logo seamlessly was the kay factor that needed to be kept in mind when working on the identity.

Developing the colour scheme proved to be a bit more challenging than expected. during the ideation phase there were quite a few avenues that could've been pursued in terms of colours schemes that might have worked with the new visual identity.

The first option was a green solar that built around brighter, more vibrant green hues. This would work well to illustrate ACS' work with green energy and alternative energy. 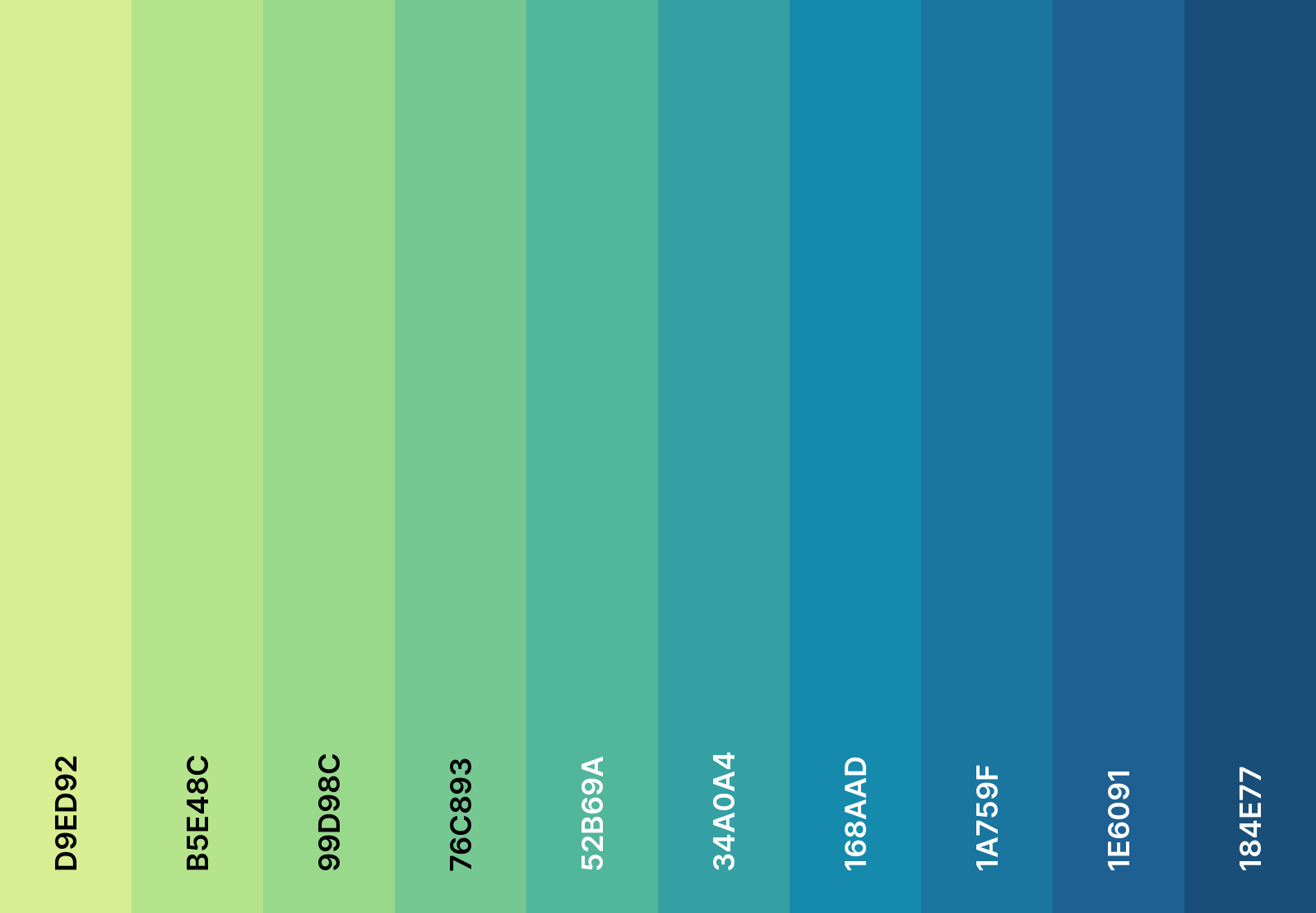 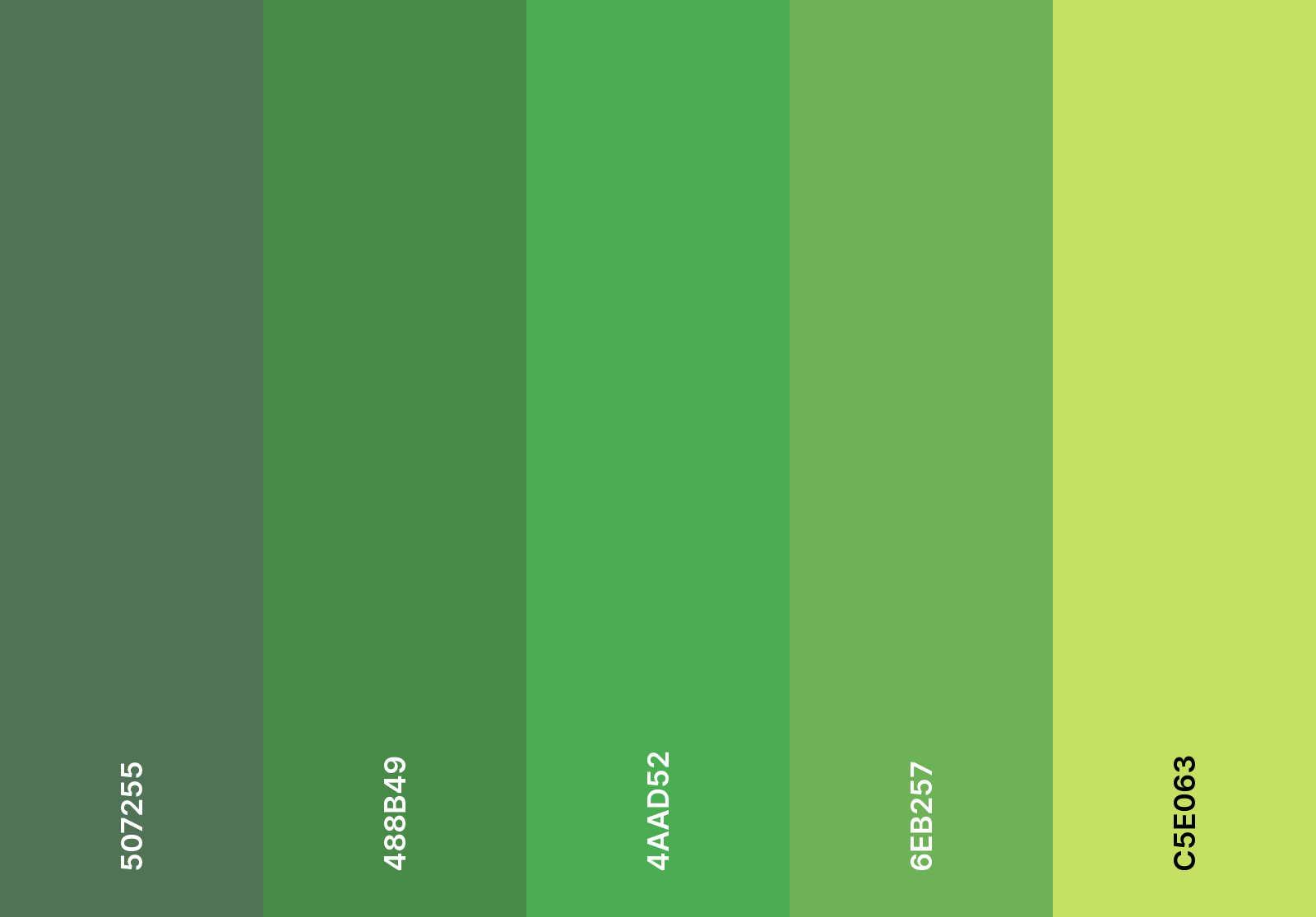 The second ideation was based on focusing on blue as the primary colour in the scheme. Similarly, the blue worked well with ACS' value and core activities to provide power solutions to its California customers. Additionally, the blue worked well when tested with both commercial and residential customers as it provided a strong combination of professionalism and approachability. 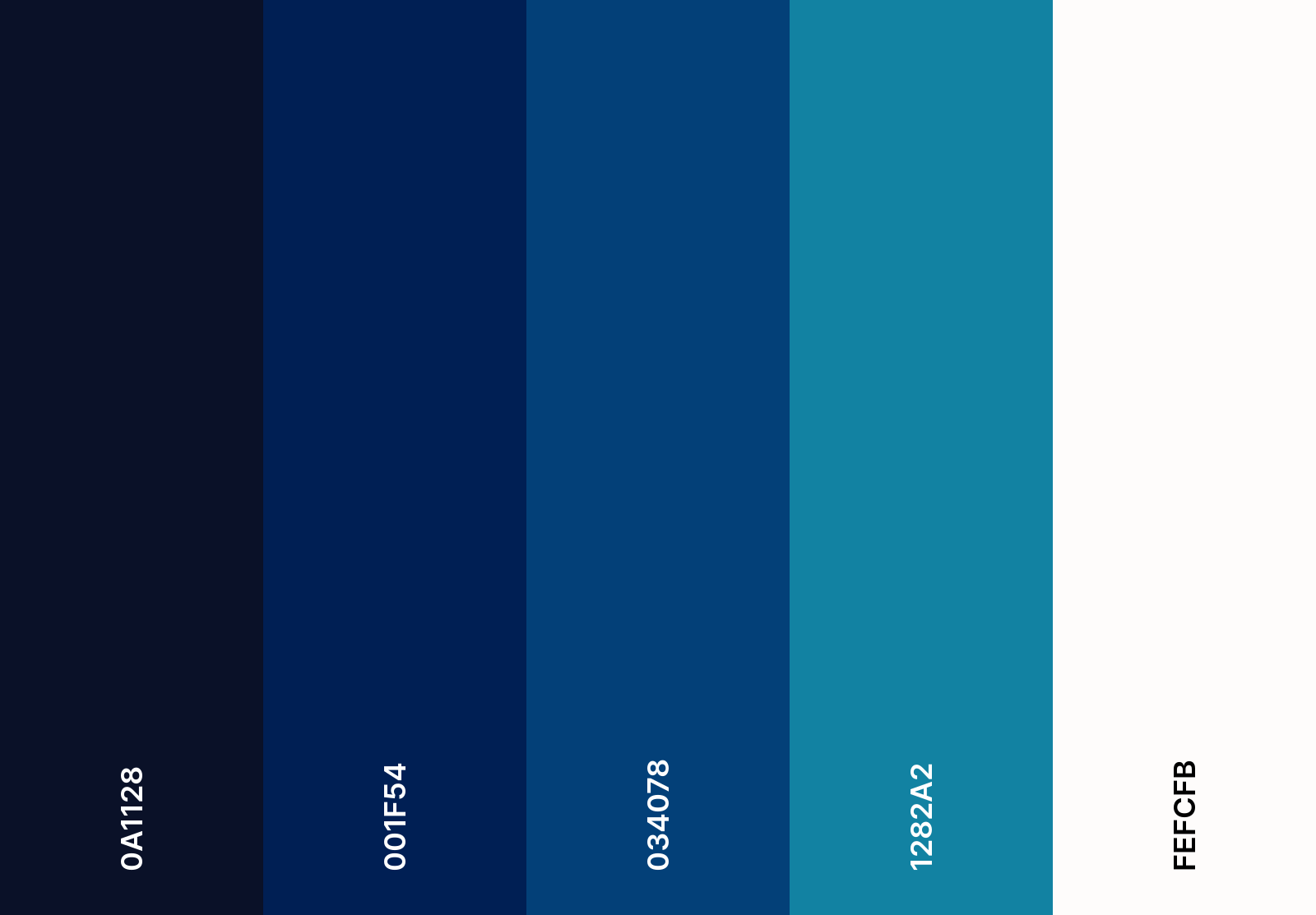 The final iteration that was eventually integrated the final visual identity was a culmination of both previous attempts while creating amore meaningful identity that would stand out. The choice to build around yellow as the primary colour 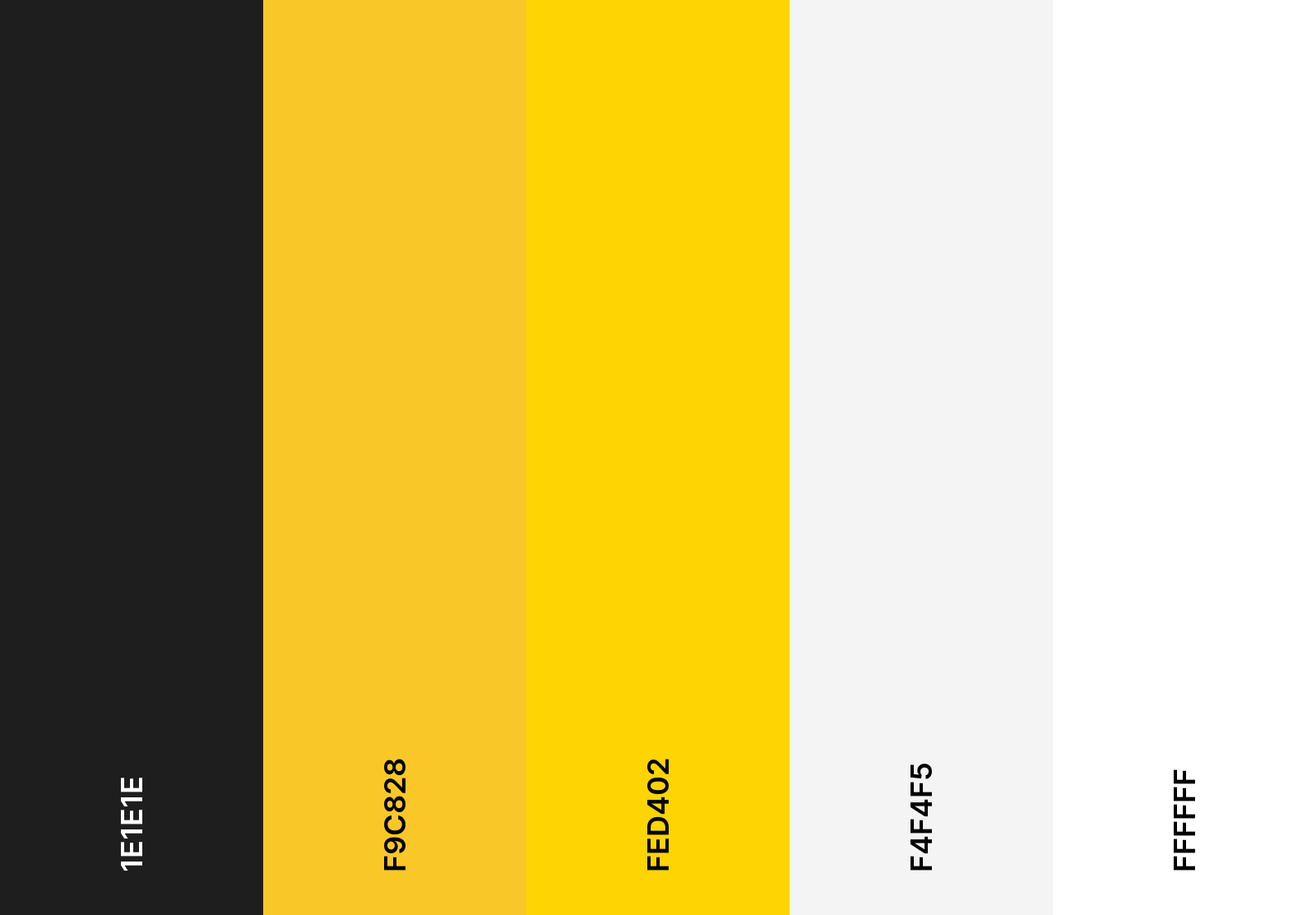 The final visual identity creates a strong visual identity that aims to create a clean, crisp look while also ensuring that the history and core activities that have made ACS a mainstay in the California solar industry for so long. The new identity builds on their solar roots and has implemented it at the forefront of their new visual identity. 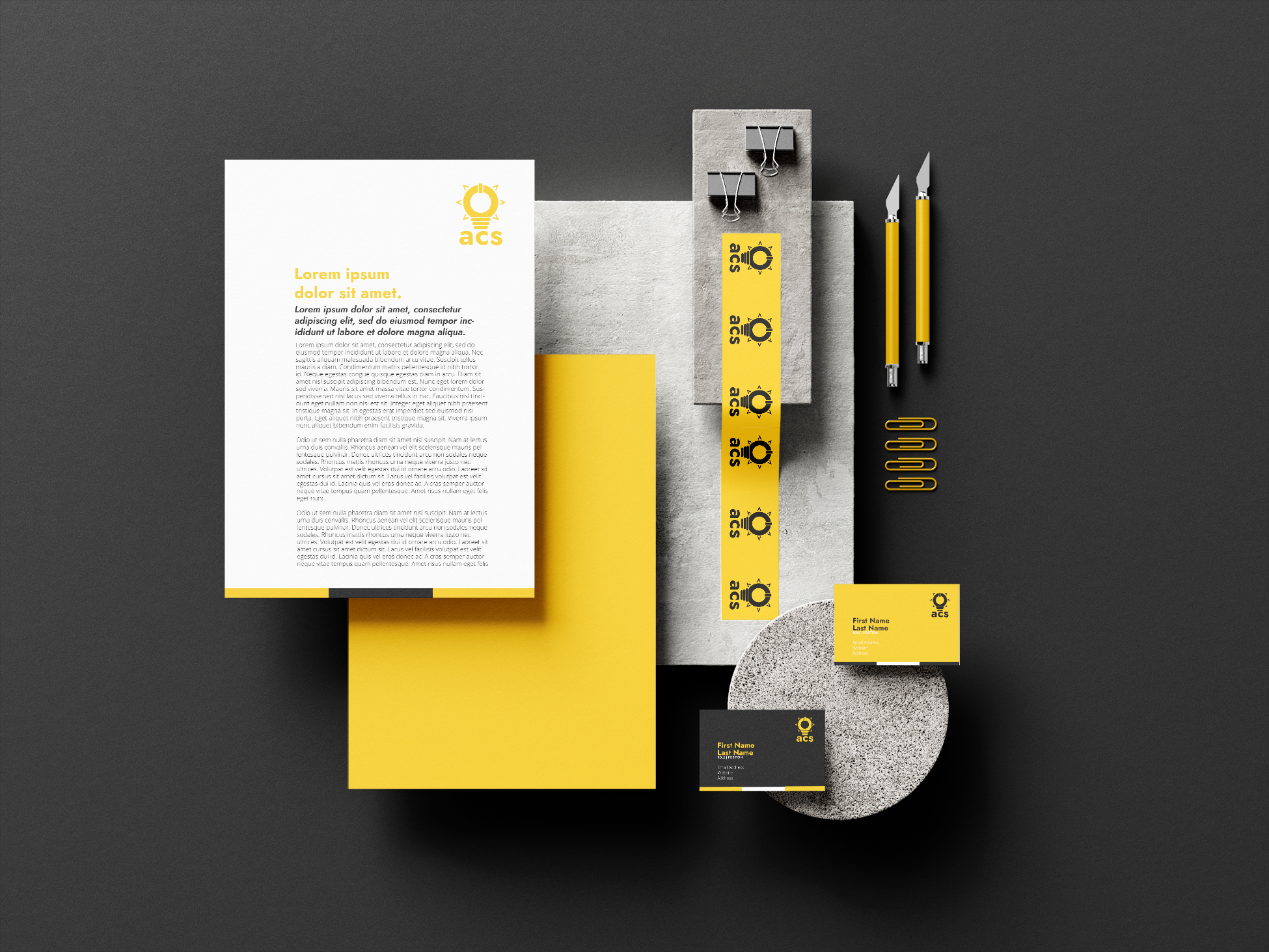